Are people who play sports and do regular exercises at risk of sudden cardiac death during the activities? 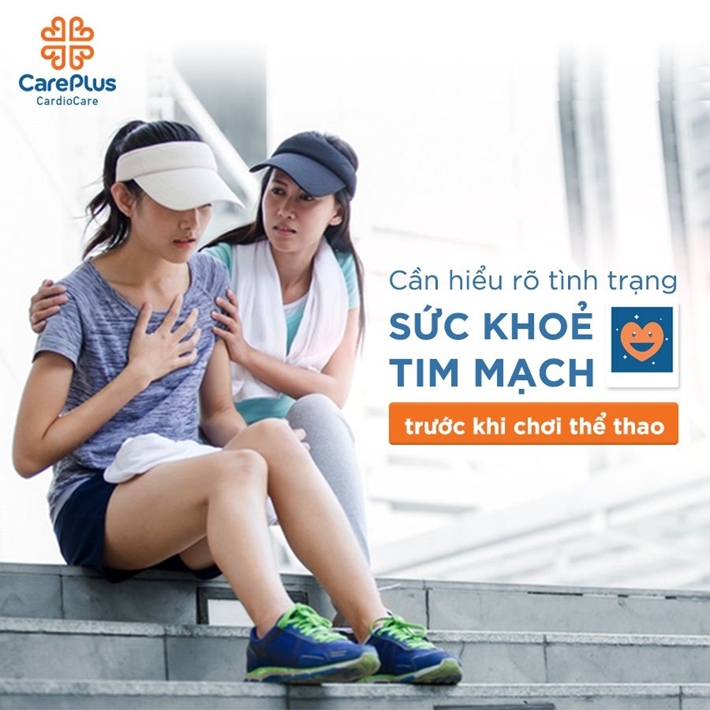 Stroke differs from sudden cardiac death in that the mortality rate is only about 15-20%, but it is vital that neurological complications such as hemiplegia cause long-term disability. And sudden cardiac death has a very high mortality rate. Even in countries with leading emergency systems such as the US and Germany, the death rate of out-of-hospital cardiac arrest patients can be up to 90%.

However, one crucial thing that must not be forgotten is knowing YOUR POWER. Excessive exercise of the cardiovascular system can be as harmful as being inactive. Especially if you do not know about your HEALTH STATUS, have never gone for a cardiovascular screening test.

You also need to understand the risk of sudden cardiac arrest when exercising.

1. The annual rate of cardiac arrest during exercise in people 35-65 years old in the US, Germany, and the UK is about 2-4 cases per 100,000 population. This statistic excluded professional sports athletes.

2. Most of the causes are due to pre-existing cardiovascular disease, including coronary artery stenosis (accounting for over 80%) of cases, hypertrophic, dilated cardiomyopathy, severe valvular disease, myocarditis, arrhythmia.

However, these people either don't know they have the disease or know but subjectively ignore it and don't pay enough attention.

3. Statistical research shows that about one-third of cardiac arrests (rescued) recalls that they had typical symptoms of cardiovascular disease within the previous one week. Symptoms include:

In addition, more than half of cardiac arrest cases had cardiovascular disease risk factors such as hypertension, diabetes, smoking, dyslipidemia but were not well controlled.

Exercise at a level that is not suitable for your cardiovascular health is a factor that promotes increased risk of sudden death.

Your cardiologist will advise you specifically on the level of physical activity that is appropriate and safe for your condition.

In summary, people who plan to practice sports should actively screen for a cardiovascular disease first to know their cardiovascular health status, and at the same time, be advised on the appropriate level of exercise for themselves.

If you want peace of mind when exercising, follow the instructions of your cardiologist, friends!

Does stress cause cardiovascular diseases?
Stress has become a part of modern life, and almost everyone copes with stress in life more or less. A common question is, can stress cause heart disease?

Trans fat is double for your heart health
According to W.H.O: Industrially produced trans fats are the most hazardous for health. A diet high in this kind of fat has been found to raise risk of heart disease by nearly 30%.