Pulmonary rehabilitation is essential in humans after COVID-19 treatment. This exercise can also be used in case of fatigue due to prolonged continuous work, chronic respiratory function decline, helping to relieve shortness of breath, anxiety, and depression, and improving physical fitness and life quality. This is like an exercise to practice a few times a day, each movement about 8-10 times. - Exhale forcefully: Inhale through the nose, then exhale quickly and forcefully through the mouth, helping to open the airways by coughing reflex at the end of expiration. Lesson 2: Open your chest and control your breathing

- Movement 2: Bring your elbows out in front, start to inhale, and rotate your elbows back as much as possible. Then exhale slowly and turn the elbows back to the original position.

Chest breathing: Place one hand on your chest, one hand on your stomach. Start inhaling as much as you can to expand your wardrobe, then exhale slowly. Pay attention to the abdomen, keeping the core from growing while breathing. 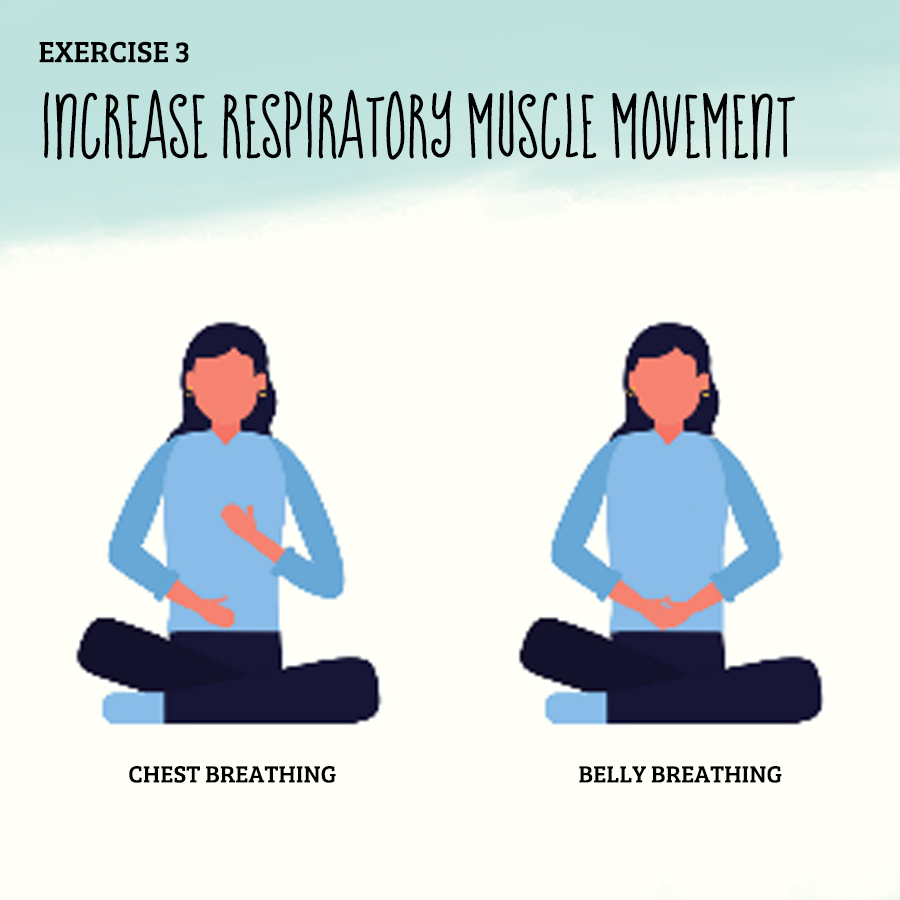 - Flying birds: Two hands holding dumbbells along the body, start to inhale and raise both hands to the horizontal. Then exhale slowly and lower your hands to the original position.

- Crossed arms: Hold dumbbells in both hands and start to inhale. Then exhale with your hands together in front of you. Exercise 6: Increase the vital capacity of each lung lobe

- Middle lobe: Wrap towel from back to front of the chest, position below the armpit. Two crossed hands are holding the two ends of the towel. Begin to inhale deeply and squeeze the towel, then let go of the towel abruptly and exhale.

- Lower lung lobe: Do the same, but the towel is located under the chest. Remember to let go of the towel before you start to exhale. 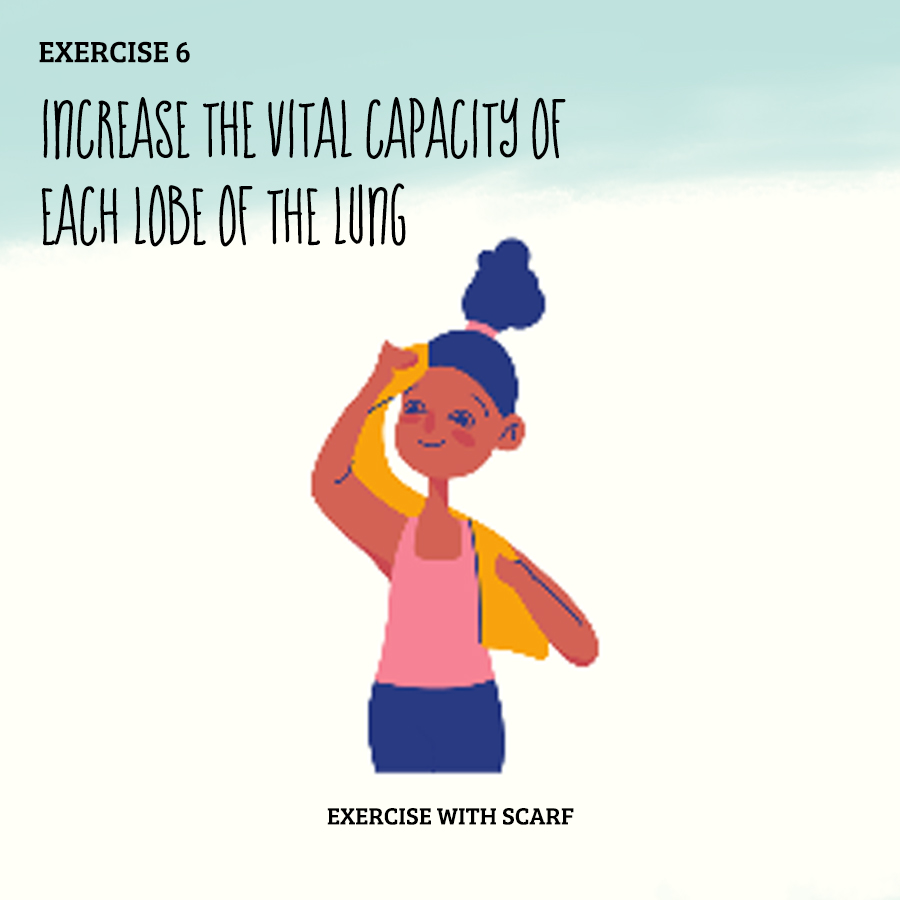 Lesson 7: Dance of the breath

- Step 1: Stand up straight, feet shoulder-width apart. Inhale and bring your arms up together. Then exhale and get your hands back to the original position.

- Step 2: Bend over, feet shoulder-width apart, arms crossed. Inhale and reach up with your arms together, then exhale and bring your hands back to the original position. 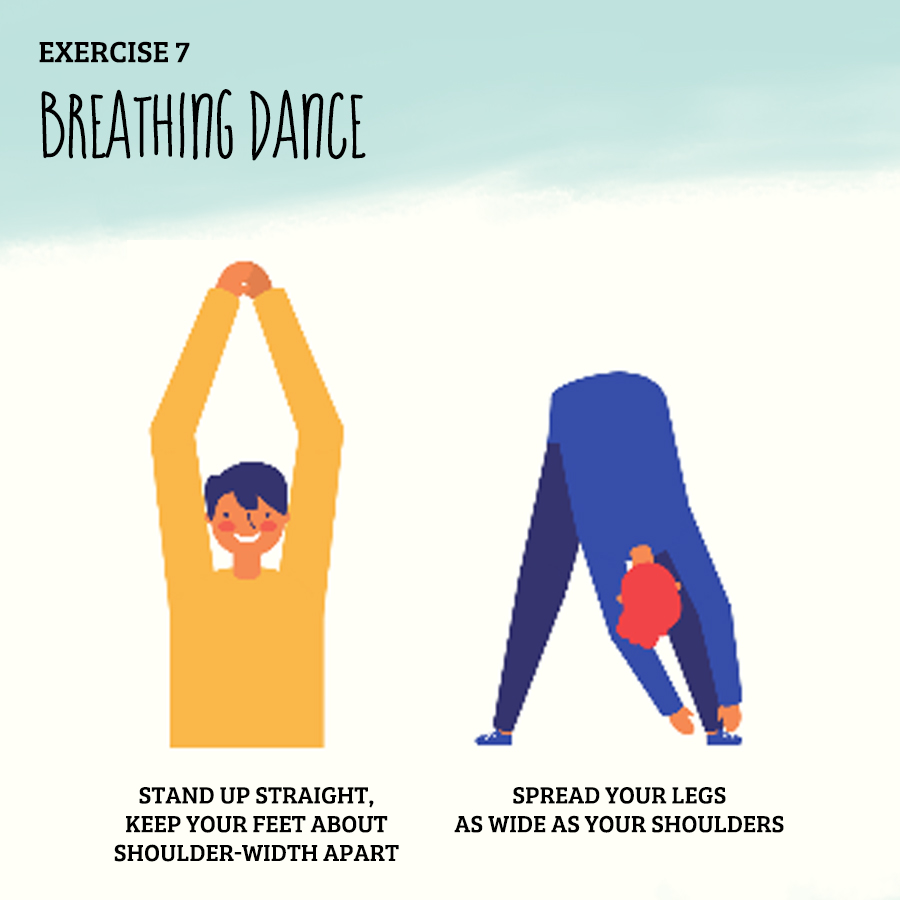 E-health Service – Consultation Service For Patients In Isolation (<15’)
During the pandemic, health-caring for who are in isolated area is extremely useful and necessary. ₫300,000