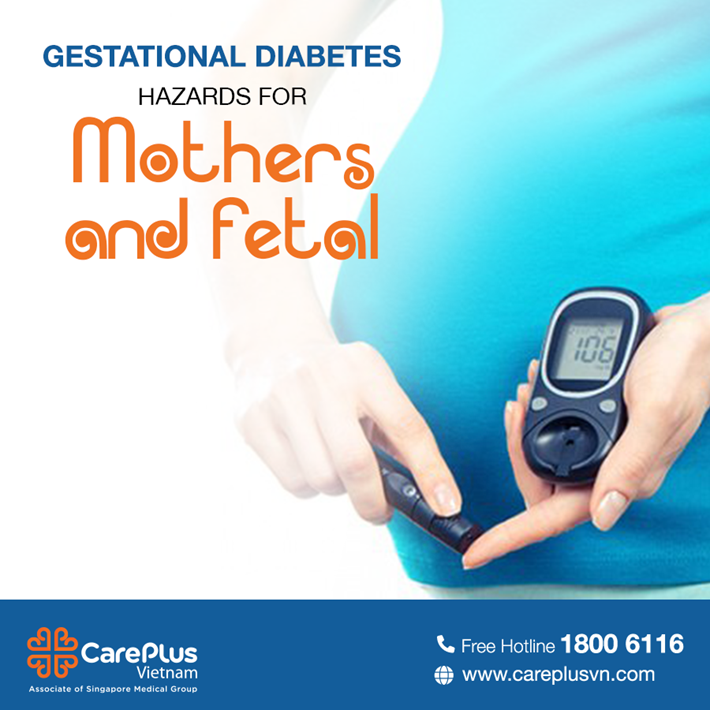 1. Symptoms and causes of gestational diabetes:

Gestational diabetes rarely causes obvious symptoms. If symptoms are encountered, they may be mild, such as fatigue, blurred vision, extreme thirst, an excessive need to urinate, and a yeast infection. The disease is detected during routine visits of pregnant women.

The exact cause of gestational diabetes is unknown, but hormones may play a role. When a woman is pregnant, her body produces a greater number of hormones, including:

These hormones affect the placenta and help maintain the pregnancy. Over time, the amount of this hormone in your body increases. They can start to make your body resistant to insulin, the hormone that regulates blood sugar.

Insulin helps move glucose out of the bloodstream into the pregnant woman's cells, where it is used for energy. During pregnancy, the body naturally becomes mildly insulin resistant, so more glucose is available in the blood to pass on to the fetus.

If insulin resistance becomes too strong, blood sugar levels can rise abnormally. This can cause gestational diabetes.

2. People at risk of gestational diabetes:

Stabilize digestion, and balance health after the Tet holidays for children
During the Tet holiday, children can rest for a long time, eat their favorite foods, sleep late, and watch more TV. Therefore, on the occasion of Tet, digestive disorders such as bloating, diarrhea, and constipation quickly occur because of unhealthy living habits. For the baby to be healthy and happy to welcome Tet, parents need a health care plan and appropriate nutrition to help prevent digestive disorders for the baby. Here is some information for parents to consider:

Increase the child's resistance at the seasonal delivery weather
Children have immature immune systems, so they are very susceptible to respiratory diseases such as flu, colds, pneumonia, bronchitis, and some digestive infections... Especially near Tet, when the weather turns cold, more habits are added. Changes in activities and eating habits during the long vacation make children more susceptible to illness. Therefore, the solution to increasing children's resistance to reducing the risk of disease is the concern of many parents.

5 "Secrets" to help your baby stay healthy and celebrate Tet with family
Families often have many parties and fun activities during the long Tet holiday. Children will be the object of significant influence on the rhythm of life. Eating and drinking will be "disturbed," so the risk of diseases and infections of respiratory and digestive diseases also increases, making many parents worried.

Be careful of respiratory diseases "attacking" your children in the cold weather. What should parents do to prevent the baby's illness?
“Respiratory disease” is one of the most common childhood illnesses. Especially at the end of the year, when the cold turns, the low temperature is favorable for bacteria and viruses that cause respiratory diseases to develop and attack children with weak resistance. Therefore, parents should pay attention to the symptoms and treatment of ear, nose, and throat diseases for children to avoid complications.

Tips to protect your skin in cold weather
It also protects other organs under the influence of ultraviolet rays in sunlight. Cold weather in the last months of the year, coupled with relatively low humidity, can seriously affect skin health, causing conditions like dry skin or eczema (itchy, dry, red patches of skin).