Stroke is a dangerous disease that occurs suddenly with a high mortality rate if it's not detected early and treated promptly. More than 200,000 people have a stroke in Vietnam, more than 50% of them die, and only 10% survive. Worryingly, stroke shows signs of getting younger, increasing sharply at the ages of 40-45 years old or even at 20 years old. 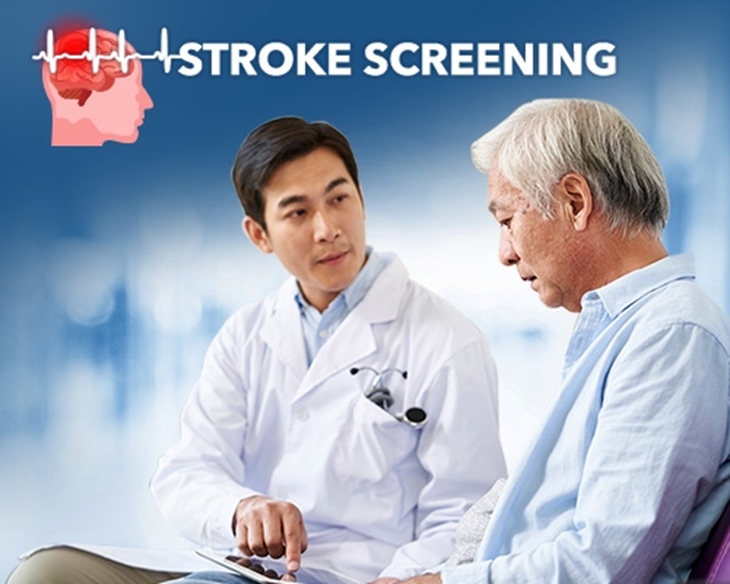 What is a stroke?

A stroke is a brain injury that occurs when the blood supply to the brain is interrupted or a blood vessel in the brain bursts. At that time, the amount of oxygen and nutrients that feed the brain cells is significantly reduced. Within minutes, brain cells begin to die and cause many life-threatening complications slowly.

The main types of stroke:

- Ischemic stroke: Caused by blockage of an artery in the brain which accounts for about 85% of strokes.

- Hemorrhagic stroke: This type of stroke is caused by the rupture of a blood vessel in the brain that causes bleeding, which can be caused by an aneurysm, a malformed cerebrovascular system. Hemorrhagic strokes account for about 15% of all strokes.

- Transient ischemic stroke (TIA): is often called mini-stroke/pre-stroke because these are short periods of stroke symptoms, but symptoms resolve on their own within 24 hours. TIAs increase the risk of an actual stroke if it's not detected and treated promptly.

There are many causes of stroke, of which 80% of strokes are caused by atherosclerosis. Factors such as high blood pressure, diabetes, obesity, physical inactivity, and smoking are strongly associated with the risk of atherosclerosis and stroke. In addition, people with cardiovascular diseases like Heart failure, atrial fibrillation, infective endocarditis, and rheumatic heart valve stenosis have a high risk of stroke.

Routine stroke risk screening is necessary if you have any of the following:

- Family history of a loved one having a stroke

With a team of experienced doctors and radiologists, customers are examined for possible risks of ischemic, hemorrhagic, and transient ischemic stroke. The goal is to find the hidden threats of recurrence (for people who have had a stroke). So they can be monitored and treated that minimize the possibility of a stroke as soon as possible.

About 80% of strokes are preventable. Take the initiative to check your health today with doctors and prevent the risk of stroke at the earliest.